Home>Addressing Critical Unmet Needs through the Critical Path for Alzheimer’s Disease
Share on: 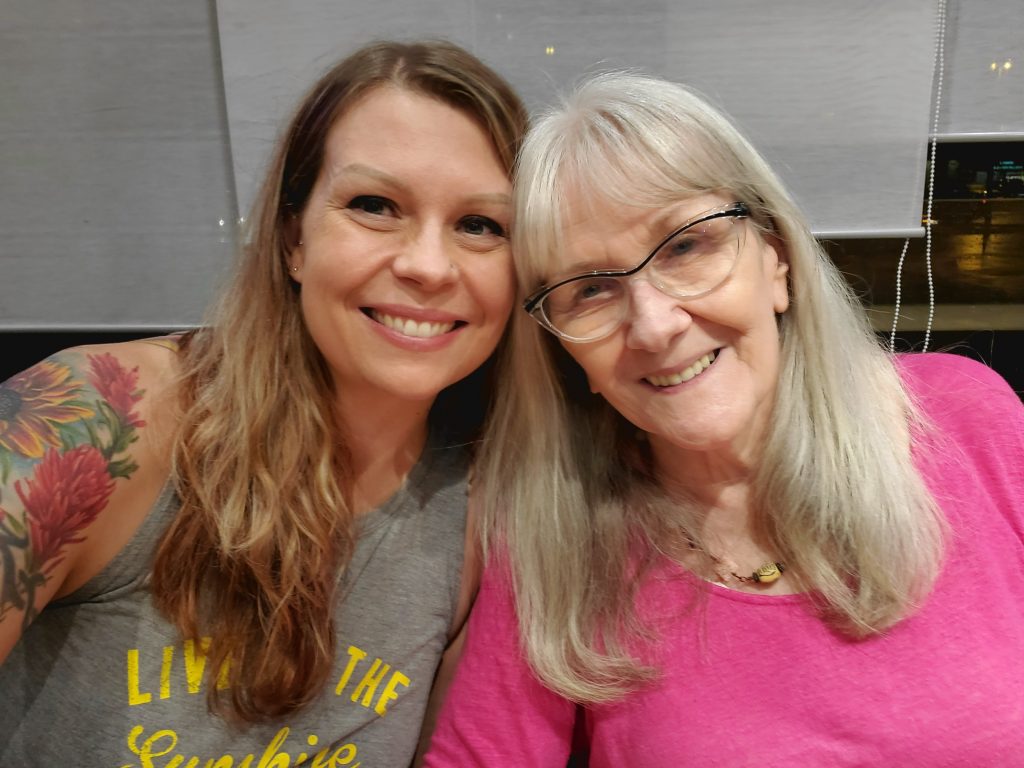 CPAD Project Manager Corissa Lau and her mother Sylvia, who was diagnosed with Alzheimer’s disease more than three years ago.

Recent estimates indicate that the number of people living with dementia worldwide is expected to rise to 139 million cases in 2050 1. Alzheimer’s disease (AD) accounts for an estimated 60% to 80% of dementia cases 2 and total costs for AD care in the U.S. are estimated to increase to more than $1 trillion by 2050. However, estimating the economic burden of AD is difficult as many patients living with AD remain undiagnosed and estimates do not include the burden of informal caregiving by a patient’s family and friends. 3.

Despite this looming public health crisis, therapies available in the U.S. for the last two decades only treated the symptoms of the disease. In recent years, the development of disease modifying medicines has been pursued with early results demonstrating likely clinical benefit. This has led to reinvigorated AD drug development efforts, particularly for treatments targeting the removal of microscopic clumps (plaques) of a protein called beta-amyloid from the brain. Plaques form in the brains of people with AD and are thought to lead to cell death and atrophy. Other treatment strategies are also being pursued, including clearing tau protein accumulation in the brain, or making the immune system more effective. As of 2021, there are 126 agents in more than 150 clinical trials, with a “majority of the drugs in trials (82.5%) targeting the underlying biology of AD with the intent of disease modification.” 4

Although the mechanisms underlying the AD pathology are not yet fully understood, research has found that neuropathological changes, including amyloid plaques, can appear as early as 20 years before the first sign of AD symptoms, such as memory loss and challenges in planning or problem solving. This has paved the way to understand AD as a continuum that begins decades before the clinical manifestation of cognitive decline. Biomarkers (tests that capture specific brain images or certain labs) can serve as proxies for capturing these early changes before the first sign of AD symptoms. In combination with other clinical characteristics, biomarkers can help identify the right treatment for the right patient. 5. Identifying the right patient population, those most likely to benefit from the treatment being tested in a clinical trial, will result in a reduction of clinical trial cost and patient burden.

The Critical Path for Alzheimer’s Disease (CPAD, formerly called the Coalition Against Major Diseases) consortium demonstrated the usefulness of an imaging biomarker to optimize clinical trial patient selection, helping sponsors to determine which subjects are likely to evolve to AD dementia6. CPAD developed an innovative solution enabling researchers to simulate clinical trials with and without the use of this imaging test, which can accelerate the time to test new drugs7,8.

CPAD continues to work towards streamlining drug development for AD and related dementias, by transforming data into actionable insights that make drug development more efficient. For instance, at the 2021 Alzheimer’s Association International Conference, a pharmaceutical company presented data on their anti-amyloid investigational drug. The company weaved their data into a disease progression model of mild to moderate AD built on patient-level control data from the CPAD database, to demonstrate that reduction in amyloid and tau-burden is likely to result in slowing cognitive decline. As of January 2022, the CPAD clinical trial simulation tool, based on CPAD’s mild to moderate AD progression model, has been accessed by 140 approved users.

The development of these tools requires integration of information from diverse data sources. As of January 2022, CPAD has aggregated data from 57 clinical trials and natural history studies, containing 38,894 patient level records. Recently acquired AD datasets contain extensive biomarker information, which are key pieces to continue generating actionable solutions and accelerating drug development. These learnings have a direct impact on patients and their families by providing them with new medicines developed in a smarter way.