“Nick and Emily have been incredible assets to our organization and will be great additions to our leadership team,” said C-Path Interim President and COO Kristen Swingle, M.S. “Their unique experience and commitment to PSTC and HD-RSC, respectively, will certainly elevate these initiatives and enhance C-Path’s mission to accelerate drug development.” 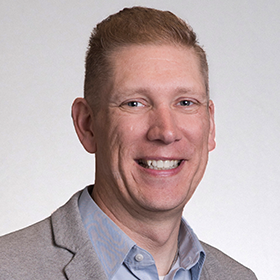 King has made significant operational and scientific contributions to PSTC over his 11 years at C-Path, and has held several roles during his tenure, most recently in a dual role as PSTC Scientific Program Manager and Associate Director of the Translational and Safety Sciences Program. He is an expert in project management, with more than a decade of experience in managing several working group efforts for PSTC, including those for hepatotoxicity, pancreatic injury, skeletal muscle injury and vascular injury. As scientific program manager and associate director, King provided input on regulatory science and analytical considerations for drug development tools, and supported operations and logistics across the program.

Since joining C-Path, King has been instrumental in leading efforts that have resulted in more than 10 regulatory milestone decisions for safety biomarkers and published seminal peer-reviewed scientific papers on the topic. He has played a key role as session co-chair at the PSTC Annual Workshop, the Society of Toxicology Annual Meeting and the PSTC Japan Safety Biomarker Conference. King received his undergraduate degree in biochemistry with a focus in molecular biophysics from Washington State University. He graduated from the University of Arizona College of Medicine’s Cell Biology program with a master’s degree in 2009. King’s graduate studies comprised research on cardiac and skeletal muscle physiology and mechanics. Prior to graduate school, he served as a Peace Corps volunteer in the West African country Cape Verde.

As Executive Director of PSTC, King will provide operational and scientific leadership that guides the development and implementation of strategic priorities aimed at achieving the consortium’s mission.

“Working at C-Path has been a privilege,” said King. We bring together a unique group of scientists to address unmet needs in drug development and patient safety with a collaborative approach and I look forward to advancing novel tools for safety assessment with C-Path consortia members and participants.” 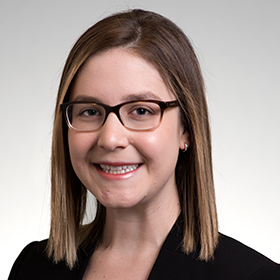 Since joining C-Path in July 2019 as the Associate Director of HD-RSC, Turner has been instrumental in various successes within the consortium, including data acquisition, modeling and analysis, regulatory submissions and more recently, the optimization of the consortium to an industry-funded model to mirror the organization of other consortia at C-Path.

HD-RSC brings together diverse stakeholders in the Huntington’s disease community to define and address regulatory needs to accelerate HD therapeutic development. As Executive Director, Turner will focus the consortium’s efforts on developing and maintaining strong relationships with internal and external stakeholders to ensure the consortium’s continued success and progress in advancing clinical outcome assessments, biomarkers and other quantitative tools for HD.

“I am honored to be a part of the C-Path team and lead HD-RSC,” said Turner. “This is an important effort to the HD community because families affected by this disease are in desperate need of therapies to delay or halt the onset of symptoms, and I look forward to leading the consortium and facilitating meaningful contributions for HD patients.”

Turner’s specific areas of technical expertise include neuroanatomy, neuropathology and animal models of neurodegenerative diseases. While in academia, she focused her research on drug discovery for Alzheimer’s disease and other related neurodegenerative conditions and has numerous publications in the neuroscience area. Turner received her undergraduate degree in psychology and art history from Northwestern University and earned a Ph.D. in neuroscience from Vanderbilt University, where she studied systems neuroscience in a non-human primate laboratory. She completed her postdoctoral training at the ASU-Banner Neurodegenerative Disease Research Center. She has served as an ad hoc reviewer in peer-reviewed scientific journals and enjoys serving as a professional mentor for women in STEM careers.

Critical Path Institute is supported by the Food and Drug Administration (FDA) of the U.S. Department of Health and Human Services (HHS) and is 54.2% funded by the FDA/HHS, totaling $13,239,950, and 45.8% funded by non-government source(s), totaling $11,196,634. The contents are those of the author(s) and do not necessarily represent the official views of, nor an endorsement by, FDA/HHS or the U.S. Government.

Critical Path Institute (C-Path) is an independent, nonprofit organization established in 2005 as a public and private partnership. C-Path’s mission is to catalyze the development of new approaches that advance medical innovation and regulatory science, accelerating the path to a healthier world. An international leader in forming collaborations, C-Path has established numerous global consortia that currently include more than 1,600 scientists from government and regulatory agencies, academia, patient organizations, disease foundations, and dozens of pharmaceutical and biotech companies. C-Path U.S. is headquartered in Tucson, Arizona and C-Path, Ltd. EU is headquartered in Dublin, Ireland, with additional staff in multiple other locations. For more information, visit c-path.org and c-path.eu.