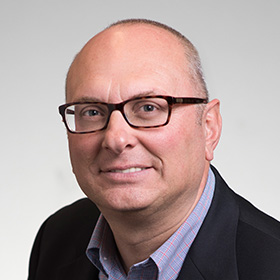 Lewis Barbieri graduated from St. John’s University, School of Law, in 1994, and was admitted to the New York Bar in 1995. He then worked at Pfizer Inc. in Manhattan for twelve years. During his time at Pfizer, Lew worked in the Contracts & Outsourcing group negotiating, and then managing others who negotiated, clinical trial agreements with academic sites, and service agreements with Contract Research Organizations (“CROs”) who were selected through a competitive bidding process to perform management and monitoring activities in support of Pfizer’s clinical trials. In 2006, Lew moved from New York City to Tucson and began nine years of employment as the Director of the Office of Research & Contract Analysis (“ORCA”) at the University of Arizona. In this role, Lew managed a department of seventeen people in their efforts to bring research funding into the university through the negotiation of all manner of agreements. Lew joined the Critical Path Institute July 1, 2015.